If you have a little one and you’re looking for a fun, easy DIY Mother’s Day Card, look no further! This one was so fun to do and really simple. Kaden didn’t have a huge role, but having his tiny hands be a part of this card was so fun!! 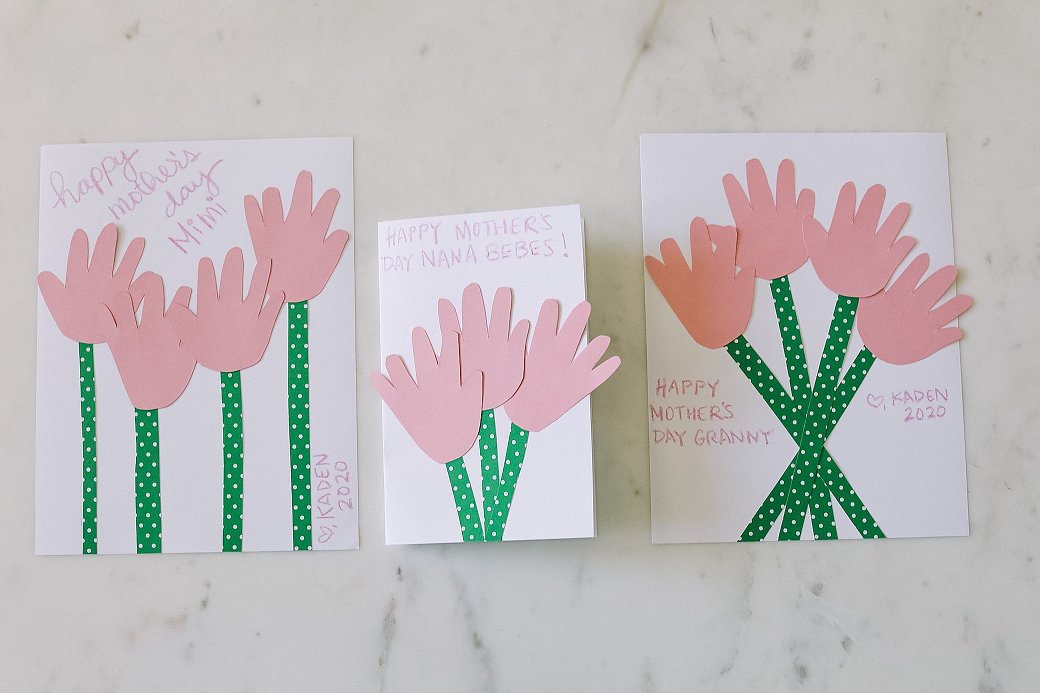 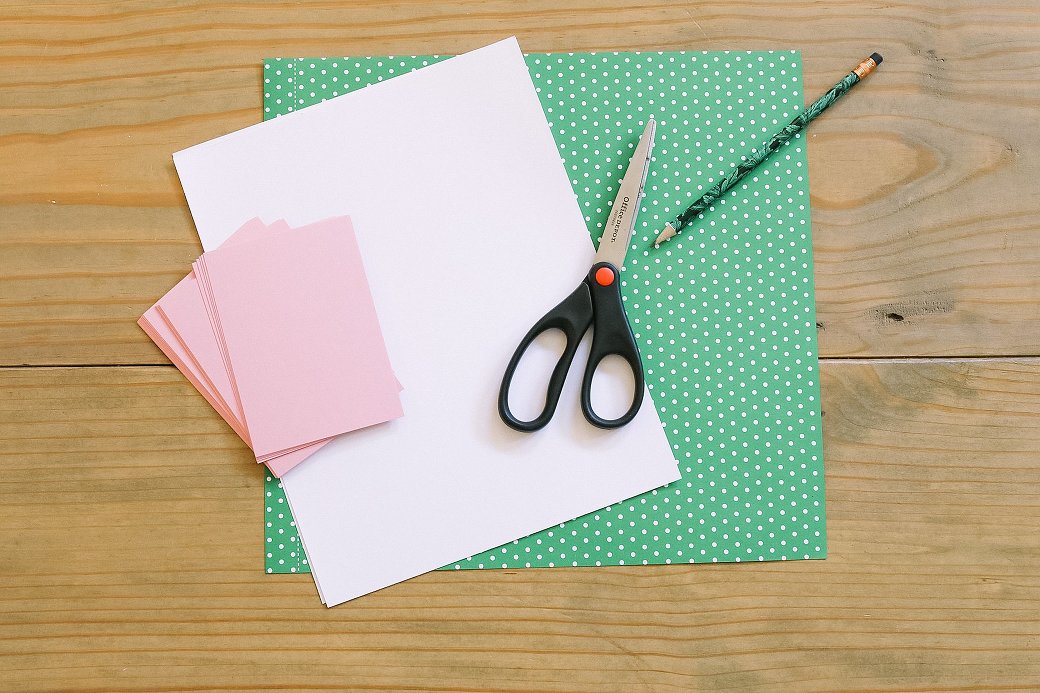 The great thing is that you don’t need much at all! You need a few different colors of paper, some glue or adhesive and scissors. You can be creative with flower colors! I used what I had… Pink and white are apparently the only solid color papers I own. What does that say about me? I guess I need to buy more paper.

First, you want to decide if you are going to fold your paper like a card or place the flowers like a painting… 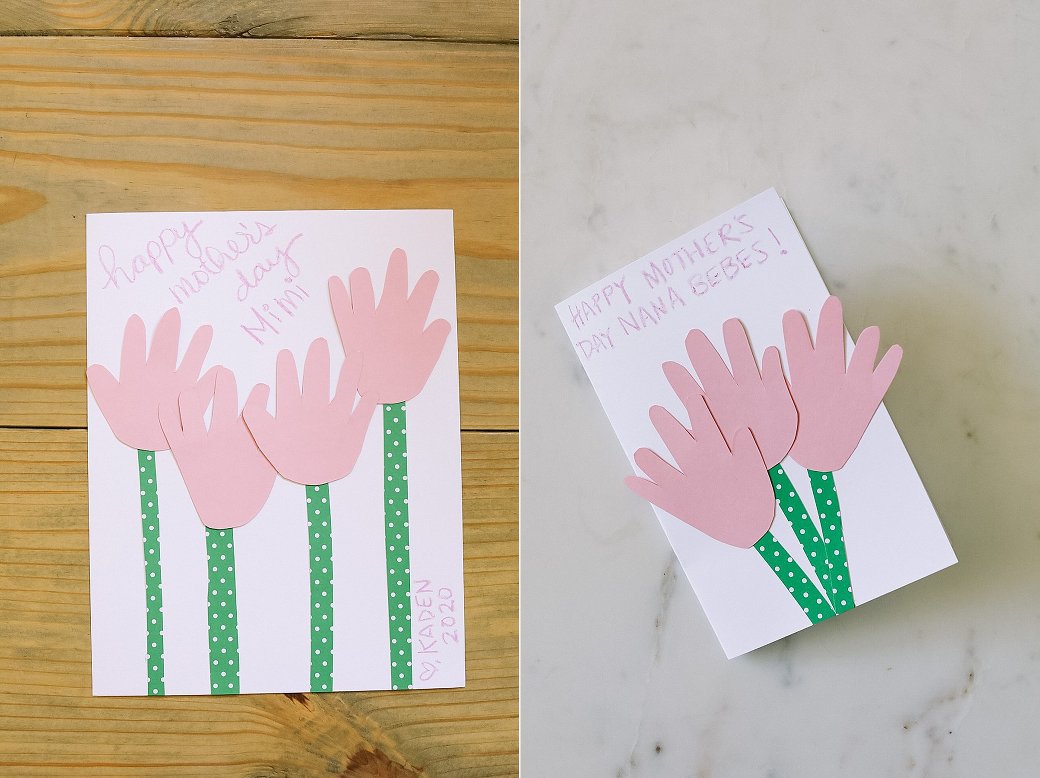 Then, you will cut pieces of green (or your choice of colored) paper for the stems. I had these little pre-cut pieces of cardstock laying around from something else, so I traced one of each of Kaden’s hands. And, just like that, Kaden’s part was done!

I cut out his traced hands and then used those as a template for the other flowers. You can trace as many as you would like.

Once you have cut all of the pieces, lay them out to make sure they will fit on the paper you have chosen. I used a little adhesive roller to tape down the stems first letting them overlap past the edge of the paper. Then I adhered the hands to the paper.

After everything was placed and glued where I wanted It, I cut the ends of the stems so they were flush with the paper.

Last, add a little Mother’s Day note. I also added the date just so they could look back and see when these were made and how old Kaden was. But, you can always put the date on the back of the artwork if you want so It doesn’t distract from the cute little hand prints.