The Dinner: By Herman Koch

The Dinner by Herman Koch was one book I was really excited to read, as the entire story takes place over one dinner. However, I have to say, it wasn’t my favorite novel. I expected too much and this book didn’t deliver for me personally. I finished all 292 pages because I wanted to be able to discuss it at book club, not because I simply couldn’t put it down. The beginning of the book grabbed me simply because of the author’s beautiful writing. I felt pulled into the story but as I became half way or even three quarters of the way through and realized nothing had really happened, I was slightly disappointed. 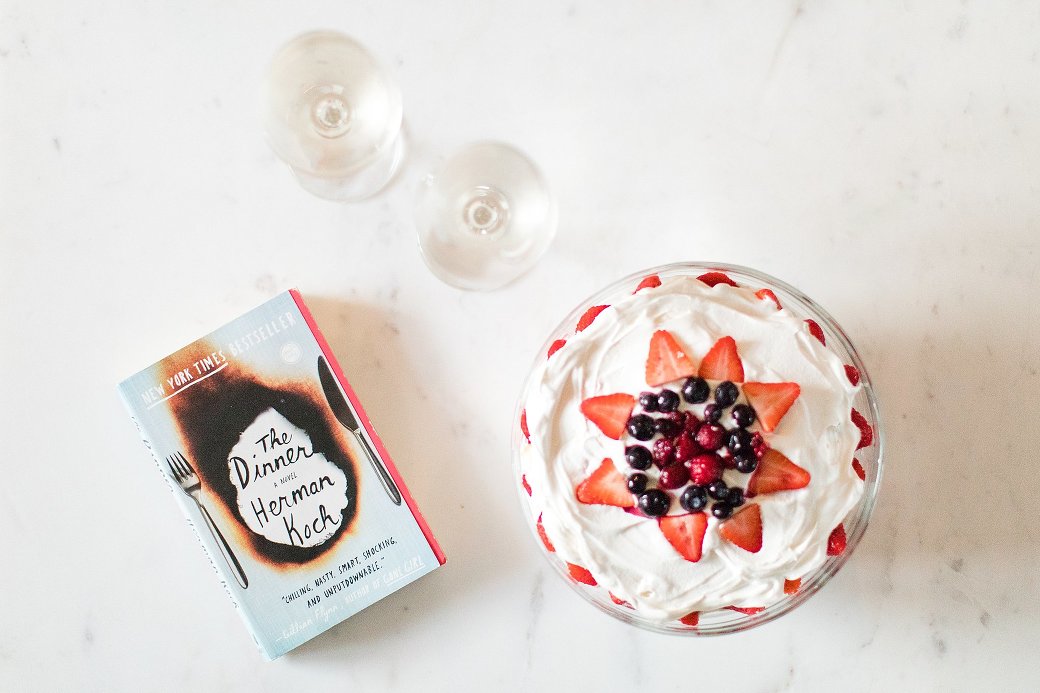 It’s a summer’s evening in Amsterdam, and two couples meet at a fashionable restaurant for dinner. Between mouthfuls of food and over the scrapings of cutlery, the conversation remains a gentle hum of polite discourse. But behind the empty words, terrible things need to be said, and with every forced smile and every new course, the knives are being sharpened.

Each couple has a fifteen-year-old son. The two boys are united by their accountability for a single horrific act–an act that has triggered a police investigation and shattered the comfortable, insulated worlds of their families. As the dinner reaches its culinary climax, the conversation finally touches on their children, and as the civility and friendship disintegrate, each  couple shows just how far they are prepared to go to protect those they love.

Skewering everything from parenting values to pretentious menus to political convictions, this novel reveals the dark side of genteel society and asks what each of us would do in the face of unimaginable tragedy.

The quote on the front of the book by Gillian Flynn read, “Chilling, Nasty, Smart, Shocking, and Unputdownable.” However, that was not what I found to be the case. I do, however, know a few people who absolutely loved the book, so I wouldn’t write it off entirely just because of my review.

Irene chose this book because she was also intrigued by the entire thing taking place around one dinner. She is also a food blogger, so I imagine this topic enticed her. I asked Irene a few questions about the book. You can read them here.

1. Why did you select The Dinner for our book club?

I thought it was an interesting concept. I liked that it took place all in one dinner and other people talked very highly about it. I was very excited to find out what the dilemma was about and what the family would plan to help their kids out of the situation.

2. What did you expect from this book? Did it meet your expectations?

I wanted it to be suspenseful and dramatic, and I wanted to see good food because it was at a dinner, but none of that happened. It was very anticlimactic.

3. What did you think of the characters? Were there any characters you didn’t care for and why?

I didn’t care for any of the characters. I feel like most of the characters weren’t relatable. You didn’t feel bad for them or happy for them. It was hard to feel like you cared about them at all. You didn’t get a sense of anyone other than Paul since the story was told from his perspective… and he just whined a lot.

4. What were your thoughts about the investigation going on between the teenage boys?

They really just got away with it. Serge and Babette wanted to do something about it because their son Rick felt bad about it. Other than that, it didn’t seem like anyone was looking into the act at all. There were a lot of unanswered questions.

5. Who surprised you the most in this story?

Claire. She was more evil than everyone else and you didn’t realize it until the end. It wasn’t even about a mom protecting her kid at that point, she was just evil.

6. Would you recommend this book to others to read?

No. There were a lot of unanswered questions. The back story told was not always relevant. It didn’t live up to expectations, and it simply didn’t meet any of my premeditated requirements. 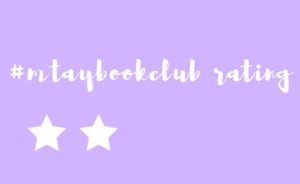